With more than 3000 temples and pagodas on the Bagan site, there is plenty to visit. A visit to Bagan for three or more days does not allow you to visit a good part of the site. So to focus on the “most seen” by visitors, here is a list of the must-see temples of Bagan (including pagodas).

To visit Bagan, you will not miss the temples because that is the main reason we come here. Discover the best temples! 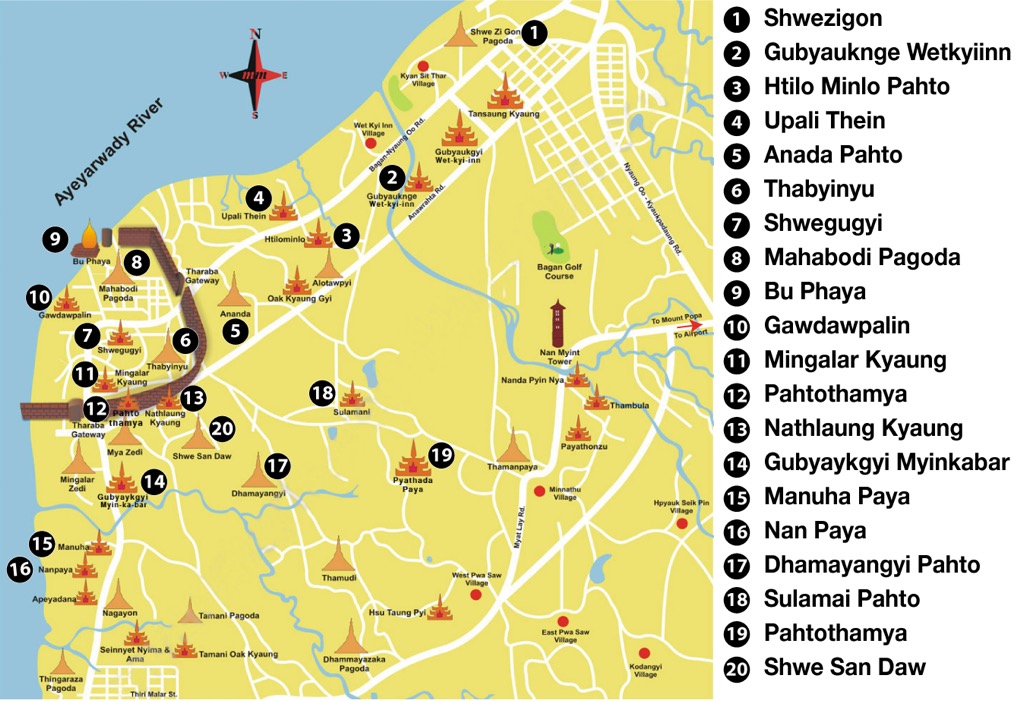 Map of the must-see temples of Bagan 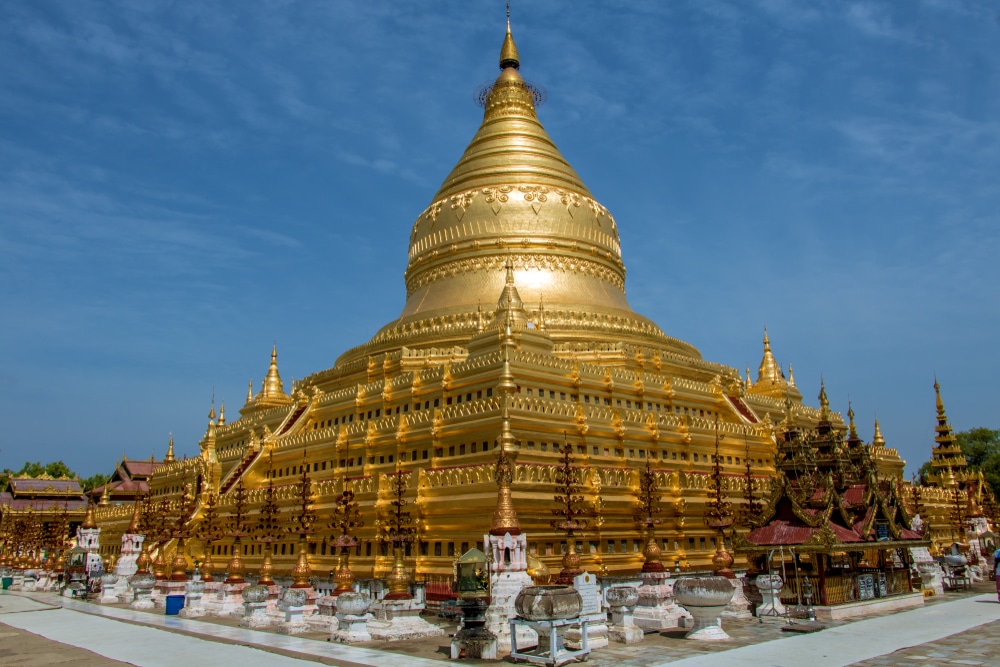 Shwezigon Pagoda has a large golden bell-shaped stupa, located in Nyuang U. The pagoda was built in 1113. His stupa contains relics of Buddha: a bone and a tooth.

The Gu Byauk Gyi Temple is located near the village of Wetkyi-In, which is located north of the Anawrhta road.

The temple faces east with a Sikhara, double vaulted rooms and a spiral staircase. He is famous for his frescoes.

This temple is impressive to see from the outside with its terraced architecture. Inside we can see four Buddhas. The upper floors are not accessible.

Upali Thein is an ordination hall that houses brightly coloured frescoes but you cannot enter it because it is closed to protect the paintings. 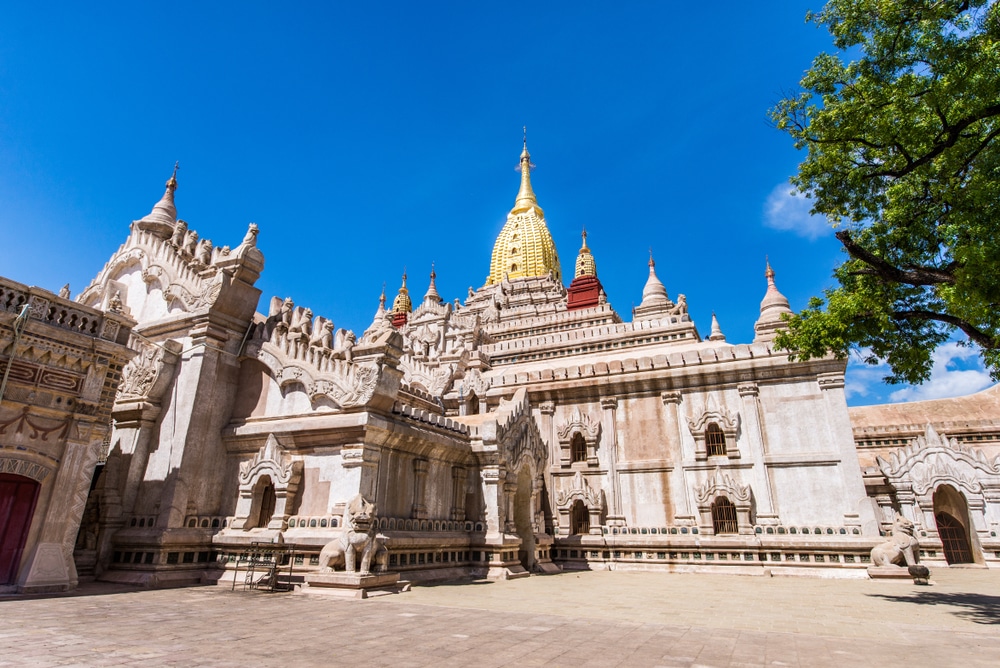 Ananda is one of the most beautiful Buddhist temples in Bagan. It was dedicated to Buddha’s “infinite wisdom”. Its roof consists of six successive terraces dominated by an Indian-style sanctuary tower.

It is the highest monument on the site with a height of nearly 65 metres.  There is a large statue of Buddha sitting on the first floor. Its platform served as a monastery, the monks lived in the corridors.

This temple has a square plan. Its central pillar, not very thick, is hollowed out of 4 niches sheltering Buddha statues.

It is a small-scale reproduction of the Mhabodhi Temple of Bodh-Gaya in India. It contains many statues of Buddha (450) 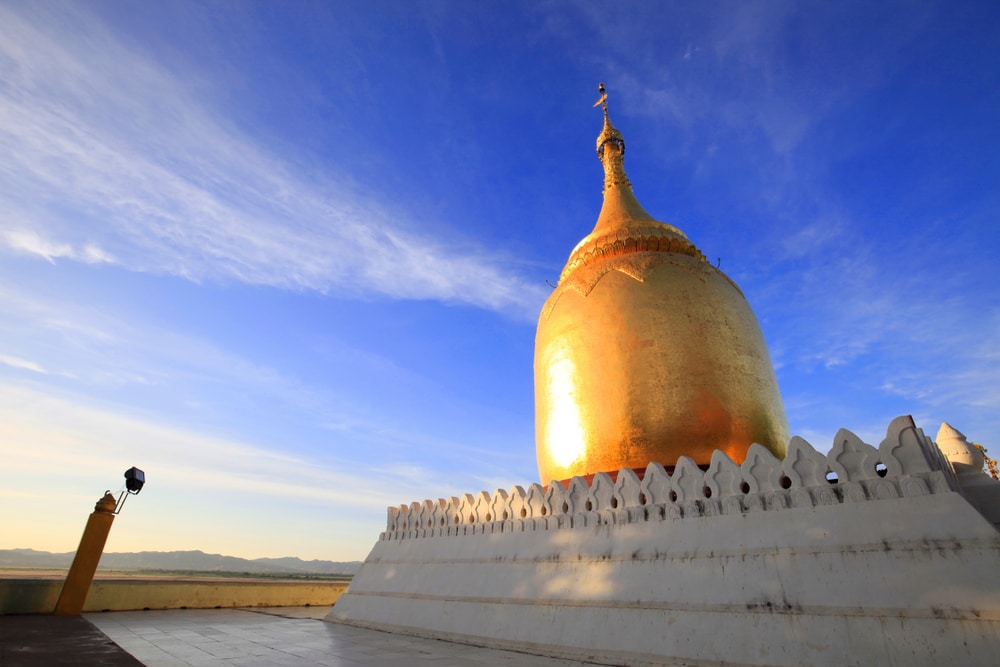 This small stupa is located on a hill overlooking the banks of the Irrawady River. Its base is narrow and the top swollen, decorated with leaves.

It was the second largest temple in Bagan after the Thatbyinnyu that served as a model. It has two floors, with many terraces.

A beautiful set of mythical animals, half lion and half dragon, that guard the stairs leading to a small square platform. On top of the platform, a tiered roofed sanctuary contains a large seated Buddha. 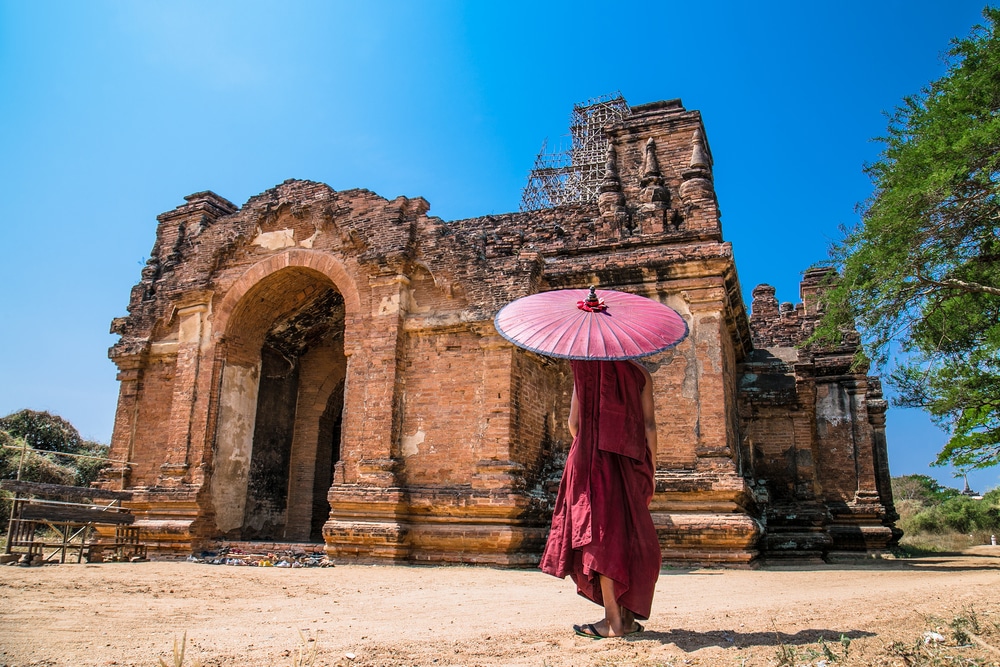 We come here to admire his paintings, perhaps the oldest in Bagan.

It is a Hindu temple (the last of the Bagan site). It is square in plan and small in size. Its central pillar was decorated with 4 large statues of Vishnu in stuccoed brick.

This temple is very popular for its frescoes inside. It is of the same Indian style as Mahabodhi

Manuha Paya is a Buddhist sanctuary. It is a rectangular brick building, in the Môn style, with three statues of seated Buddha. 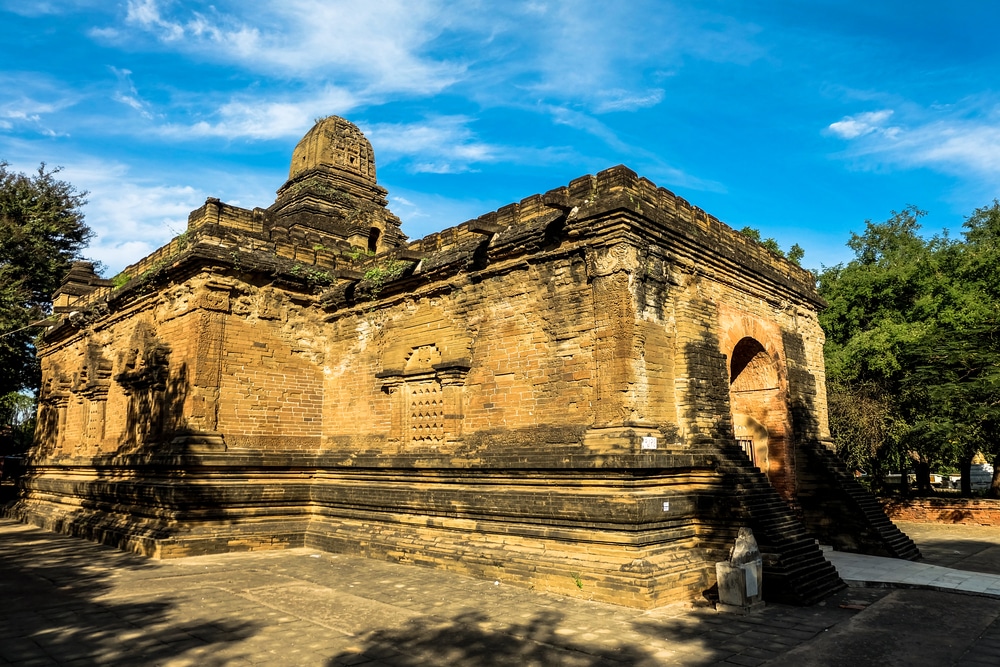 Nan Phaya is a Hindu sanctuary built of brick with a sandstone facing and a square plan construction. Môn-style screen windows and three windows at the base of the Sikhara illuminate the interior.

It is the best preserved temple in Bagan but it is known for its cruel history. Legend has it that King Narathu built the temple to atone for his sins: he choked his father and brother to death and executed one of his wives, an Indian princess, for performing Hindu rituals.

This temple is built of bricks. Its interior features frescoes. It is one of the most beautiful temples in Bagan.

This temple is interesting to visit for its interior passages of superb paintings that impress by their size, the images of the Buddha are of human size 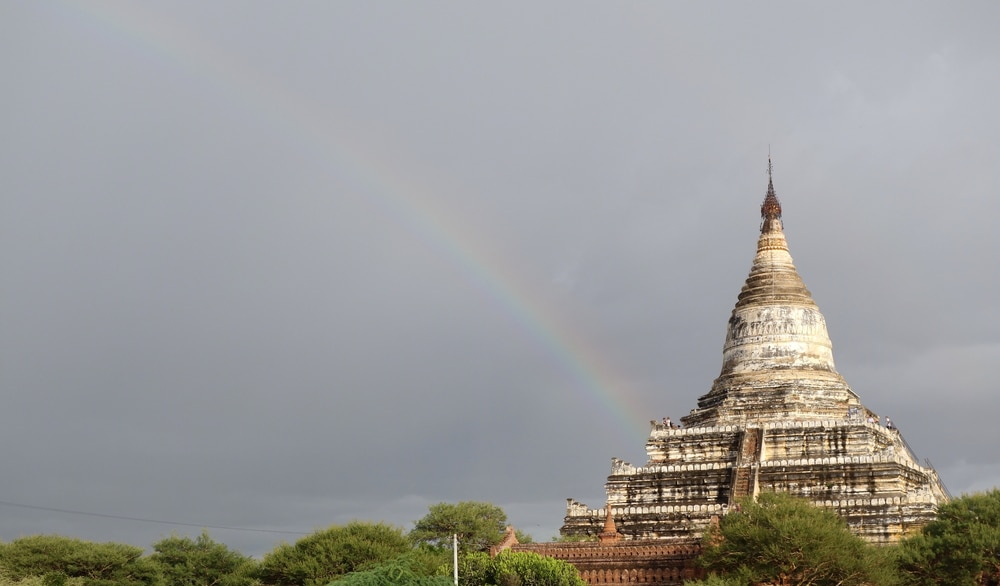 This pagoda was built to shelter the Buddha’s hair donated by the Pegou Mon after his victory over another of their capitals, Thaton.

How to photograph from a hot air balloon in Bagan?

When to go to Bagan in Burma to enjoy your stay?

WHERE TO STAY IN BAGAN ?